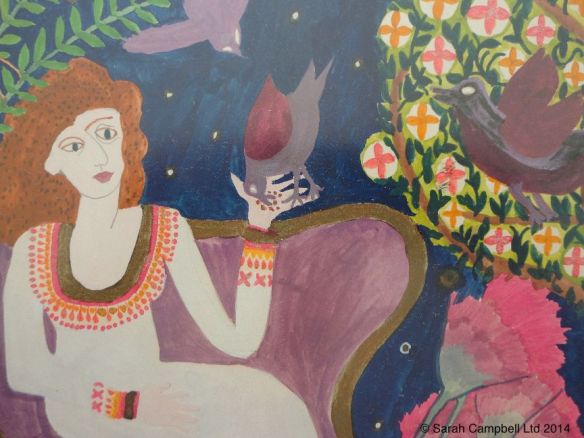 It was around the time when I painted this little scene that I also became aware of the actor Paul Scofield; he was playing King Lear in Peter Brook’s celebrated 1962 production at the RSC. My mother played Regan. That remains one of the most exciting theatrical evenings of my life.

Waking early on recent saturday mornings I’ve caught parts of the trilogy Troy on BBCradio4extra, written I think in 1998 by Andrew Rissik. And through the air comes a familiar voice – Paul Scofield as Hermes, the narrator of these mythic histories. This retelling is spell-binding and makes me feel that all the tragic stories of the world are held right here. My ears pricked up too when in this version Helen is saved by the wise old weaver Parminion and through him is redeemed to live out her life sagely at last with Menelaus – ransomed, healed, restored, forgiven.

But stronger than all this is the memory of Paul reading from Cymbeline at my mum’s funeral; not just his voice but his jacket, and not just any jacket but one fashioned from the softest woven cashmere and dyed in the deepest indigo. I can see and feel it still, and somehow it still  brings comfort – as though that kindly garment perfectly reflected the wearer, his voice and his humanity. I haven’t really got to the bottom of it – why this should be so – but I note once more that for me, as for many people, cloth carries real meaning.

To return, the long way round, to my little teenage painting I see a strong interest in the arrangement of cloth, patterns and nature along with the influences of Indian, Egyptian and so-called primitive art – some of the themes which have threaded through my life and work. I also smile that I didn’t mind leaving the paper wonky! I’ve been lucky to have been able, despite ups and downs, to develop my career organically and consistently even though strategy may have sometimes been lacking! 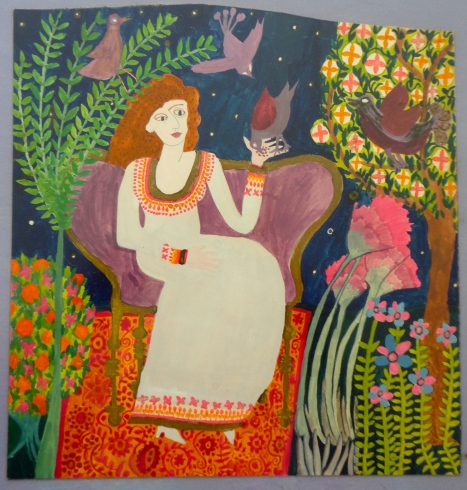 A new and possibly unlikely undertaking is for the charity Care International. It didn’t take much to persuade me to try to raise some money for the Walk in Her Shoes campaign by signing up to walk 10,000 paces each day of the week starting on the 24th March.

That’s a fraction of the sort of distances walked by many many people just to fetch their daily water – and almost exclusively it’s girls and women doing the trudging. Care’s aim is to reverse this process and bring safe water to the households instead. With good timing my annual water rates bill just arrived, reminding me that I can have all the clean water I need to drink, cook, wash and flush for about 80pence a day! Click here to support me and donate to my page if you will, or even join in too – they do send a pedometer to count the steps, roughly five miles a day, and a tee-shirt to wear as you go. And think of the good all that walking will do me too.

That’s going to be a busy week as it’s the one in which The Textile Society have organised two afternoon visits to my studio – check this out here – there may be a last-minute space. And while you’re pressing buttons have a look at the SIT website here – my workshop and talk there are scheduled for Saturday May 25th and tickets are available. 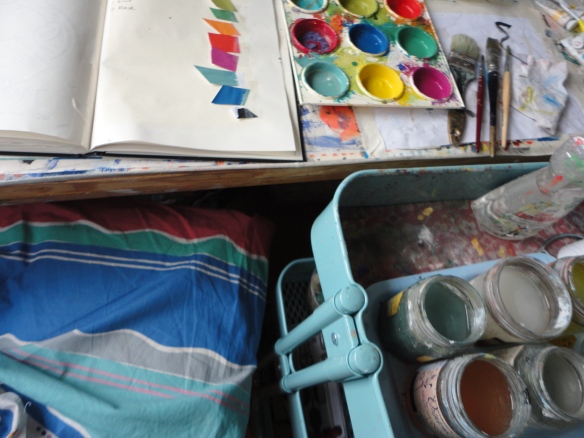 As the spring comes in the strings of little orbs dangling from the plane trees seem to show more clearly, strongly silhouetted against the new bright skies. They are perfect spheres, hundreds of fluffy seeds attached to a hard central ball hanging around for just the right moment to disperse. I’m going to plant some up – I want to see their first fresh little cotyledons peeping through. 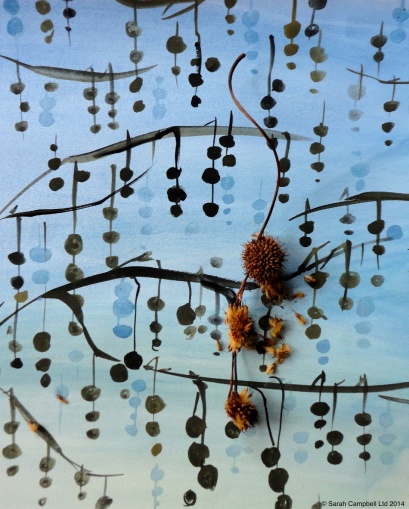 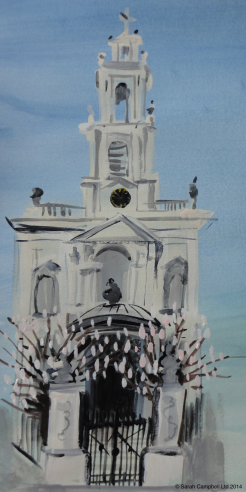 There are plenty of London planes outside Somerset House, and in front of that beautiful church St Mary le Strand the two magnolias are sporting a wealth of grand upstanding buds waiting to burst on the scene. I like the row of assorted buildings there on the southern side, particularly the painting of the number 156 on one of the houses.

Inside the Gallery I caught the last day of the Isabella Blow exhibition. The extreme ingenuity and wit of the collections of hats and garments, together with her own generosity, insight and loyalty were all inspiring; the quality of the display was second to none. But for me the underlying bittersweet taste of sadness and vulnerability grew rather insistent and I found in the end it overshadowed even the brittle brilliances of McQueen’s last fashion show.

The fantastical feathers that grace Philip Treacy’s chapeaux are to be seen on only the most elegant of heads.

The trees outside my window are full of different titfers – including three or four of the long-tailed variety flitting and flirting in the branches.

And talking of birds in trees a very sophisticated version of chicken-in-a-basket was presented for a treat lunch at the Clove Club in Shoreditch – fowl in a fir tree – these absolutely delicious amuse-bouches came cradled in a nest of plush pine branchlets! The meal that followed was an unfolding revelation of tastes. 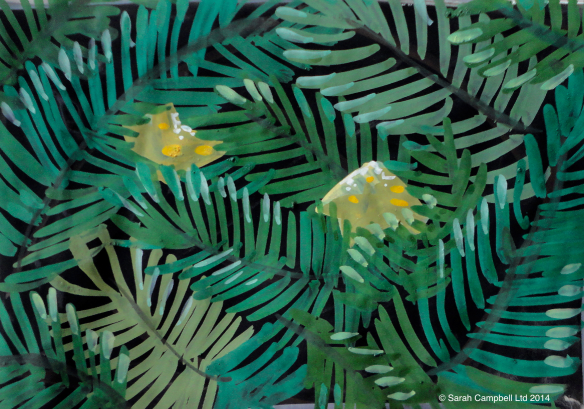 By the way, when I looked for the link for ‘Troy’ I caught sight of the words The Secret Garden and a ‘listen again’ button. One of my childhood’s favourite books, I still use the rule Dickon gave: got a dead-looking stalk? Scratch its surface and if there’s green beneath the skin it’s still alive. Useful advice at this time of year.

Thanks to Alan and Molly 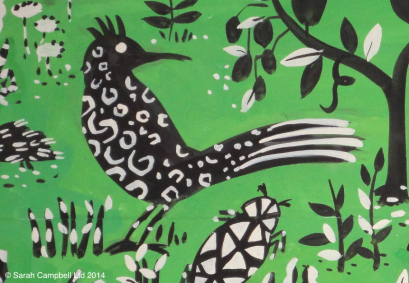 8 thoughts on “a bird in the hand”