My right knee was playing up. As I went up the stairs at Highbury and Islington I got jostled in the crowds, and feeling less confident than usual, lost my balance. Somewhat shocked, I managed, very uncomfortably, to get to the top of the stairs; but there I found that the toe-post had snapped in two and the right Birki really was unwalkable-in. Once in the street I decided to go barefoot, and felt sure there’d be somewhere near the station to buy a replacement of some sort. I heard my name called, and there was a friend I hadn’t seen for ages on her way to the same venue. She kindly accompanied me as I looked in vain for a suitable shop; we went into the chemist – was I thinking elastoplast to mend the little post or a pair of Dr Scholl’s? They pointed us in the direction of the cobbler. I picked my barefoot way carefully through the broken bottle glass as we crossed the road. A woman stopped to ask me whether my shoes were too painful to wear. I showed her the broken plastic: “No, just impossible.” Having enquired about my destination – next and ultimate, she dipped into her knapsack. “Have these.” said she, “I’m going swimming so I always have a spare pair of flipflops in with my cossie.” And with that she strode off – availing me happily to do the same! What a wonderful and unexpected kindness. 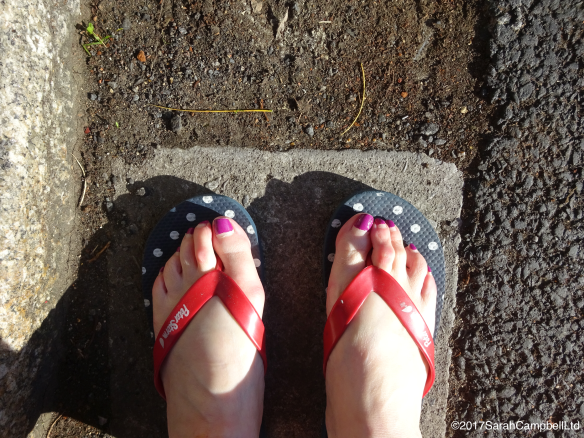 Barefoot on the beach – that’s quite another matter. The local bay in Brittany is washed by the mighty Atlantic. The low tide goes far out leaving a huge expanse of sand, the view stretching wide across the horizon from La Pointe du Raz in the north to La Torche in the south, the endless presence of the breakers rolling and crashing. We walked there one morning quite early; as we approached through the dunes we could see two people and their dogs sitting beneath a parasol, far ahead at the water’s edge. The tide was incoming, and they suddenly got up, furled the brolly and made their way up the beach. Were they fishers? No, they said, they were there just for the romance of the place. We could tell by the footprints that they’d arrived separately… 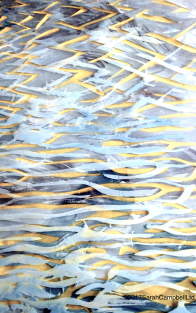 We spent a long time peering at the patterns in the sand. They change all across the shore, reflecting both the rippling water currents and the differing qualities of the sands underfoot – fascinating what a vast array of minute variations the little whorls and eddies form. I had thought that Hurricane Harvey might have sent waves of unexpected flotsam and jetsam to be deposited on the beach – like the thousands of white sea-urchin shells we found once but never again. There was nothing out of the ordinary this time, but the unexceptional traces of prints in the sand – different birds, dogs, humans, worms – were bewitching enough.

Impressions – I was very taken with Jo Sweeting’s enormous engravings, cut into sheets of ply and printed the Japanese way with the paper laid on the inked block and then rubbed with a special baren of ball-bearings. I saw them at a weekend exhibition which included embroideries, felting, ceramics, paintings, carvings set in the generously beautiful overflowing garden of Marchants Hardy Plants.

Readers of this blog may recall that I love a washing line. The great Jubilee Barn was festooned and be-flagged with washing-lines royale, regaled with every tea-towel that Pat Albeck ever designed. It was a lovely sight, and a fittingly humorous tribute to her 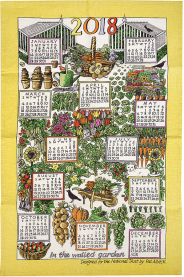 prodigious output of textile design and its input into our daily lives. She died, quite suddenly, on 2nd September. Matthew, Emma and the family made a wonderful farewell for her; the beautiful singing of the Kaddish, set to music by Maurice Ravel, soaring up into the church rafters, reminded me of our shared jewish emigrée heritage. It was a merry-go-sorry day – filled with sun, rain, tears and laughter – a pity she missed such a loving party. I will miss her. Her last National Trust teatowel – the 2018 calendar – has just been issued. Her death, and that of Sir Peter Hall, shake at my tree of life – they were both important figures in my family, during my growing-up years and beyond. 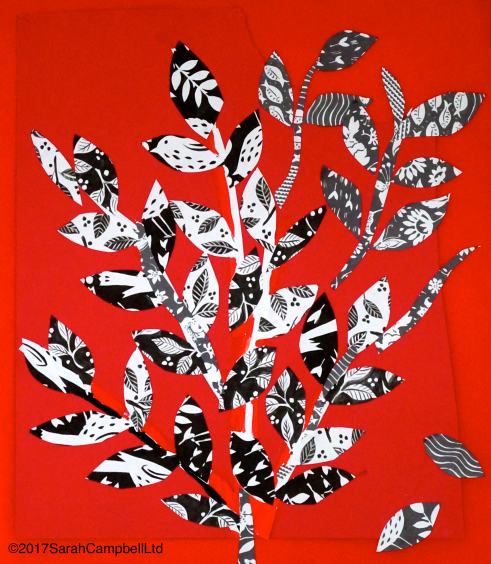 In Brittany the week before, the rain lashed down on the day we visited Pont Aven, the

Breton home of the group of painters joined for a while in the late 1880s by Paul Gauguin. Rushing water had always been the currency of the town, the wheels of the several water mills being powered by the same river, feeding each mill race in turn along its steep swift descent. As the railways extended during the later 1800s, the picturesque town and port became a destination for artists, and the Musée des Beaux-Arts shows us paintings and prints of the Pont Aven School of that time – including some painted bedroom doors and shutters proffered in place of rent! The exhibition of current work of more contemporary Breton artists continues the rather sturdy Finisterre aesthetic, shaped perhaps by the driving winds from the Atlantic.

And rain was beating down, hats were flying off, in many a Hokusai print in the exhibition at the British Museum. We too were soaked as we made our way there through the downpours. It’s fascinating to see the use of the then new printing colour Prussian Blue – particularly in prints where he used that ink alone with such variety, really enjoying its effect with many subtle dilutions, depths and textures.

The rain continued outside as I made my way to the NEC in Birmingham to join the judging of the Fine Art Category at the Festival of Quilts. After a great deal of discussion we settled on a winner, Margaret Ramsay’s lovely Birchington Breakwaters, and two highly commendeds – it wasn’t easy but it was very interesting! I was pleased to meet Diana Harrison again, a fellow judge, and have a chance to see her elegant and subtle work on show in one of the galleries at the festival.

Much of the fabric I design for Michael Miller Fabrics is used for quilting and home sewing, and there’s a very nice article about me by Jane Rae in the latest Today’s Quilter magazine, plus a pattern for a special Argyle Chain quilt. It’s devised by Jo Avery using fabrics from the Sandpipers collection in the Slate colour way. She’s written an account of how she came to make the quilt here. My grandsons were suitably impressed by my featuring on the front cover of the magazine – though they wondered if the article’s title could be improved a little (from their point of view) by replacing the D in grand with apostrophe S!

At Dulwich Picture Gallery the watercolours of John Singer Sargent are an absolute delight and wonder, and make me wish I could paint like that myself. Such sure and bold strokes of colour mixed with an understated just-enoughness of drawing – amazing what expanses of light and water inhabit those small rectangles of paper. Go and see them if you can – on till the 8th October..

Recently a group of friends got together and invited me to spend a sunday with them painting on fabric – a very congenial way to pass a day! I’m running a new course at Morley College – colour rhythm repeat – on four consecutive tuesdays starting on october 10 – I think there are still some places available. And there are Autumn half-term workshops for young people at both the V&A and the Fashion and Textile Museum – where making sketchbooks from scratch seems to have become a favourite. All these courses and events, and more, can be found and booked online via my events page. Other courses for next year are sprouting there too.

One of my other informal jobs is as events poster-painter for our block’s residents committee: here’s the background for our Autumn Gathering party – we’re hoping for an Indian summer, at least for next weekend This is the time to put next year’s calendar together too.

And here are our Cote d’Azure linen cushions in a voluptuous rich new colourway, Samoa. In two sizes, they’re backed with Ladybird spot, blue on midnight, and trimmed with a luxurious dash of black silk velvet. Online here now.

Part of the recent Hampstead and Highgate literary festival at JW3 was the event London Lit Live, presented by Bidisha. It was an evening unusually consistent in quality and intensity – poetry, prose, song, music – all given with an extraordinary atmosphere of complete being-there-ness. Each performer lived the world of their work for us. We, the audience, sat entranced. Sophie was up first, and set the scene with readings from her new and just-published book of poetry ‘Velkom to Inklandt’. She’ll be reading again soon – check here – and there were murmured suggestions that she should make a whole evening of it soon, with coffee, strudel and music….

thanks to Isabel, Joe, Rohan, Stafford, Peter and Chrissie 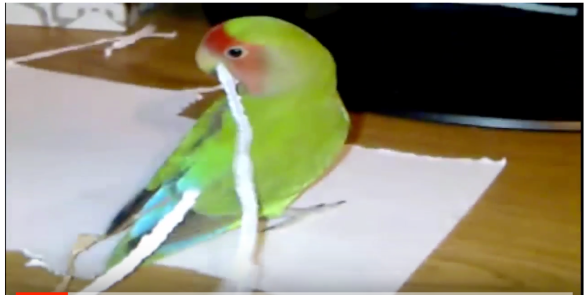